The Star of North London - Lyvly's guide to Angel

Obviously any neighbourhood called Angel has a lot to live up to. But with a buzzing mix of culture, food and history, Angel goes above and beyond what you’d expect. Which is exactly why it’s one of London’s most sought-after areas.

Tucked into the lower edge of Islington, Angel is ideally placed to take advantage of some of London’s best hang out spaces, from the foodie delights of Upper Street to the cool tech-scene vibes of City Road and Old Street.

Still in Zone 1, Angel puts you near all the action while still offering a neighbourhood feel. It’s just far enough from the centre to not be full of tourists, but near enough that you can get wherever you need to go.

Properties used to range from elegant flat fronted Georgian homes and early Victorian terraces to 20th Century new-builds But recently, developers have turned their attention to City Road, in south Angel, putting up award-winning new blocks like the swish City Wharf.  Given the location, prices are higher than many other areas, but the accessibility and cultural scene are hard to beat.

For those looking for the best of what London has to offer on your doorstep, Angel brings it all and more, in an unbeatable position. If you want to beat the rush, Lyvly can help you find your own home quickly and easily, with awesome community built in.

Although it’s hard to imagine now, Angel used to be pretty much a suburb. Back in the 17th century, it was an attractive resort getaway from the city centre due to the local water supply and abundant greenery.

This led to the construction of several music halls and pubs in the Victorian period, joining the original Angel Islington pub after which the area was named, including the iconic Sadler’s Wells theatre.

The area took a dip in popularity in the late 19th century when the railway made it easier to escape to more rural areas but it was rediscovered in the 1960s when families realised there were loads of lovely terraces up for grabs and newcomers haven’t slowed since.

One of the great things about Angel is that it’s one of the few places from which you can easily get around London on foot.

With Old Street is just over a 10 minute walk away, your night out in Shoreditch just got way easier.

There’s also the Angel tube station on the Northern Line, which gets you to Holborn and Bank in 10 minutes, Southwark in 15 minutes or Canary Wharf in 20 minutes. It’s sort of unfair how easy it is to get places. 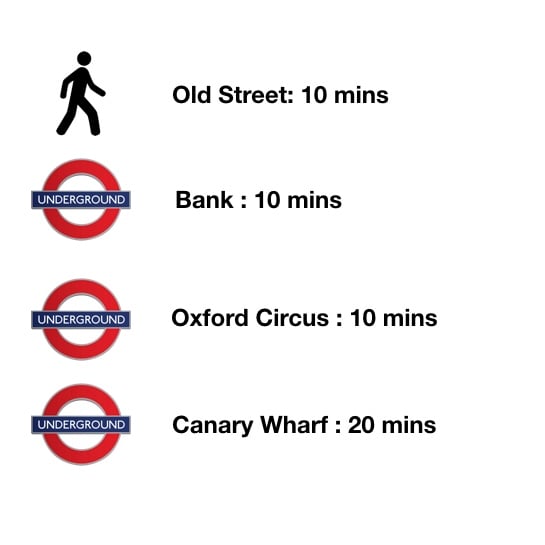 There’s no way around it – Angel is one of London’s pricier neighbourhoods. Average rent for a one-bed flat runs to £1580 a month, or £2275 for a two-bed.

In addition, Islington is general has been having a tough time with council tax, which went up nearly 6% last year – the maximum amount allowed by the government – and which will rise another 3% this year. And since it’s based on property value, it can really take a chunk out of your disposable income.

The simple way to avoid nasty surprises when it comes to bills is to let Lyvly take care of them for you. When you find your dream Lyvly apartment (and you will – they’re lush) all the bills, including rent, council tax, wifi, heating, are rolled into one monthly payment.

Best of all? That payment is fixed for the length of your time with Lyvly, we don’t raise your monthly payment ever so you can focus on making the most of your new neighbourhood.

What is there to do in Angel?

Honestly there is absolutely loads to do here. You’re never going to be bored and all your friends will probably come to see you so often you’ll never even have to travel.

Firstly, we should say you’ll never go hungry. Upper Street was nicknamed “Supper Street” by the Evening Standard. Options range from slick modern eateries like one of original Ottolenghi restaurants or Oldroyd (from the former Chef-Director of Polpo) to cosy local favourites like the Gallipoli Turkish cafes.

There are also plenty of brunch options such as the buzzy The Breakfast Club (expect to queue) or funky favourite Brother Marcus.

Vintage-lovers will lose their minds a bit over Camden Passage. This tiny, cramped street feels a bit like stepping back in time, in a good way. There’s a regular antique’s market, as well as the chance to snap some classic clothing at Dreamtime or Annie’s.

When it comes to culture, you’re really spoilt for choice. Not only do you have world class venues like The Sadler’s Wells and The Almeida but most of the pubs in the area put on music, comedy and theatre too. Look out for The Old Red Lion, King’s Head and Hope & Anchor for the plays, or the Bill Murray or Camden Head for the laughs. Most also have live music on weekends too.

At the top of Angel sits the pretty Islington Green, giving its name to the nearby Screen on the Green, one of London’s more chic cinemas (think ordering food and bottles of prosecco to your seat). It’s a pretty clever way of combining drinks, dinner and a film date into one, if you’re the efficient type.

Henry is well acquainted with Angel, he's known on first name terms by most of the Camden Passage traders. He's got some tips to make sure you don't end up wasting your money at the places real Islington residents know to avoid.

Everyone goes on about Upper Street but it can wipe you out if you go there too often. Unless you know where to look...

My secret for impressing a date with a super romantic restaurant is Le Mercury. It serves classic French bistro food and you don’t need to tell them that it’s all under £12.

Another great place to show off is The Sampler. It’s a tiny wine shop with over 80 wines to taste (including loads of dusty old ones) in portions as small as 25ml. That means you can taste a wine that’s older than your parents for about £5.

If you end up getting a bottle, head south to The Dragonfly Cafe, which is a great BYO Vietnamese cafe which is literally too small to have a website but makes up for it with amazing Pho. 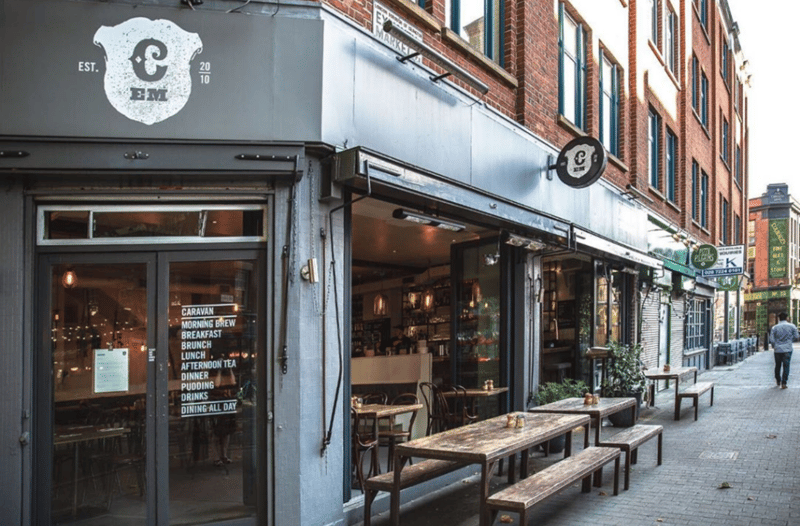 When it comes to brunch, skip The Breakfast club. It’s always packed. Head a bit further south to Caravan - there’s more space and the Aussie-style grub is just the thing on a fragile weekend morning.

And if you really need to splash out, go to 1251, from Great British Menu winner James Cochran. It’s got a bunch of stuff that shouldn’t work (Chicken liver parfait & cherry jammy dodger…?) but it’s actually amazing. And pretty good prices too.

Angel is full of young professionals who need to keep looking good in their skinny suits, so you’ll have plenty of options when it comes to staying fit.

You’ll find most people either at the Virgin Active or Fitness First, both of which have various options to suit any budget and don’t get too intense.

There’s no huge green spaces nearby, but Exmouth Market totally makes up for that. It’s just a few minutes towards the south of Angel and you’ll find a lovely mix of shops, cafés and salons.

Start the day with a coffee at Exmouth Grind and a bun from Gail’s Exmouth Market, then go Instagram yourself next to pretty stuff at cute florist/ lifestyle shop Botanique Workshop or browse the fancy homewares at Space EC1.

And be honest. Do you really need an excuse to get your haircut somewhere called Barber Streisand? Later in the day, grab a drink and table football at the shabby but awesome Cafe Kick or relax at the Exmouth Arms and do some proper people-watching.

There aren’t loads of clubs in Angel but it can still get pretty crazy if that’s what you want.

The pubs are the place to be on the weekend. I’d start with a drink at the Old Queens Head which puts on local DJs and bands. You can follow that with a few speakeasy-style drinks at The Ladybird, and check out whoever is spinning records that night.

By then, you’ll be ready to grab a few mates and do a karaoke session at Little Voice. You get a room all to yourself, so you can really go for it on those high notes on “My Heart Will Go On”.

How to call Angel home

Angel is popular for a reason. Living there puts you at the centre of the best of what London has to offer. The tough part is finding the right place for you, for the right price. But Lyvly takes care of all of that for you.

We’ve got rooms in Angel just waiting for you. Browse the available options here and start making Angel your own with Lyvly.

If Angel isn't the area you're looking for, Lyvly's homes are in neighbourhood all over London. Have a look at our guide on where else is great to live in the city.

The Beating Heart of South London: Lyvly's Guide to Brixton
by Steve posted on July 24, 2019

Brixton is one of the most iconic neighbourhoods in the capital. Synonymous with culture, music and food, it’s no surprise that businesses, families and hipsters alike are all setting their sights on South London’s beating heart. And what a beat. 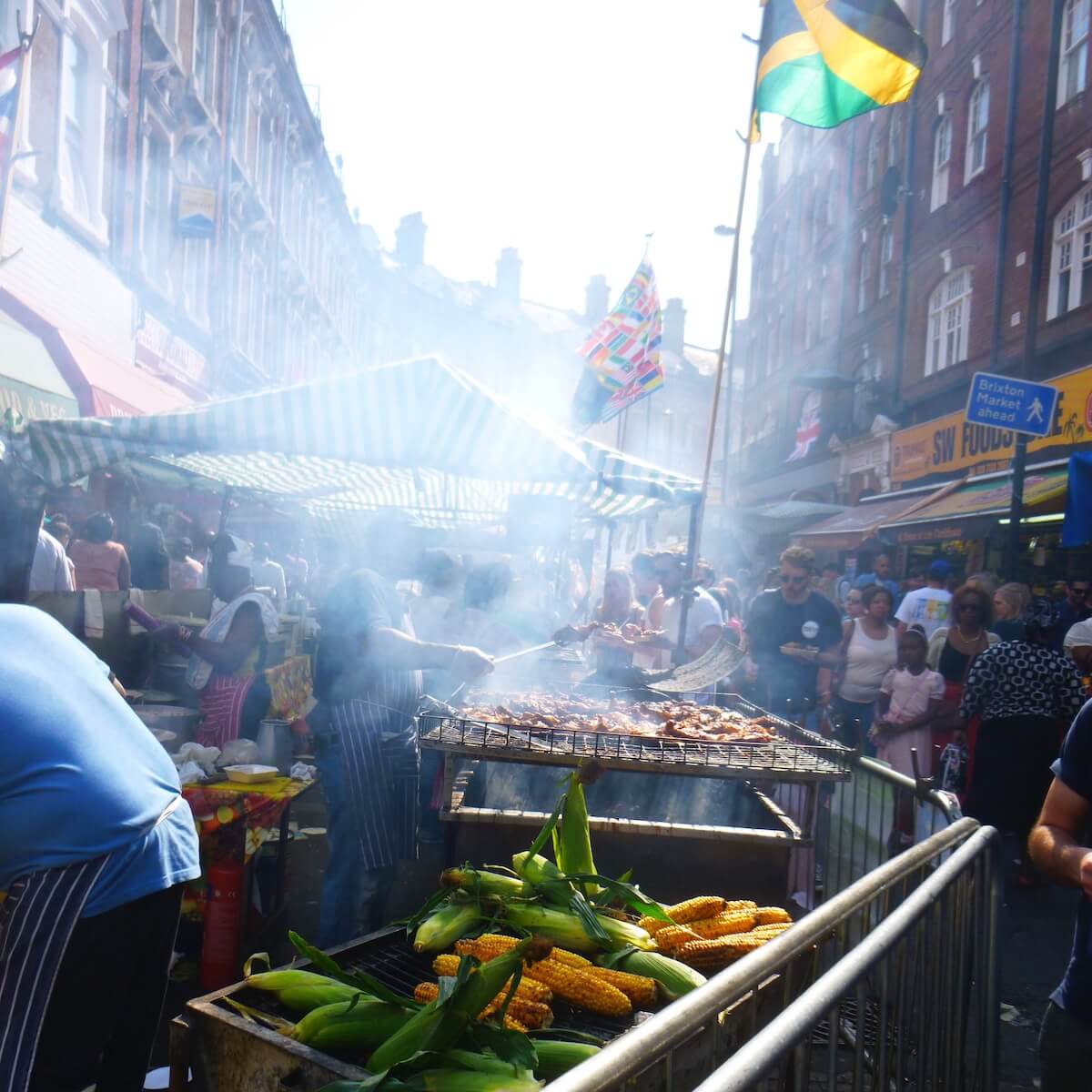 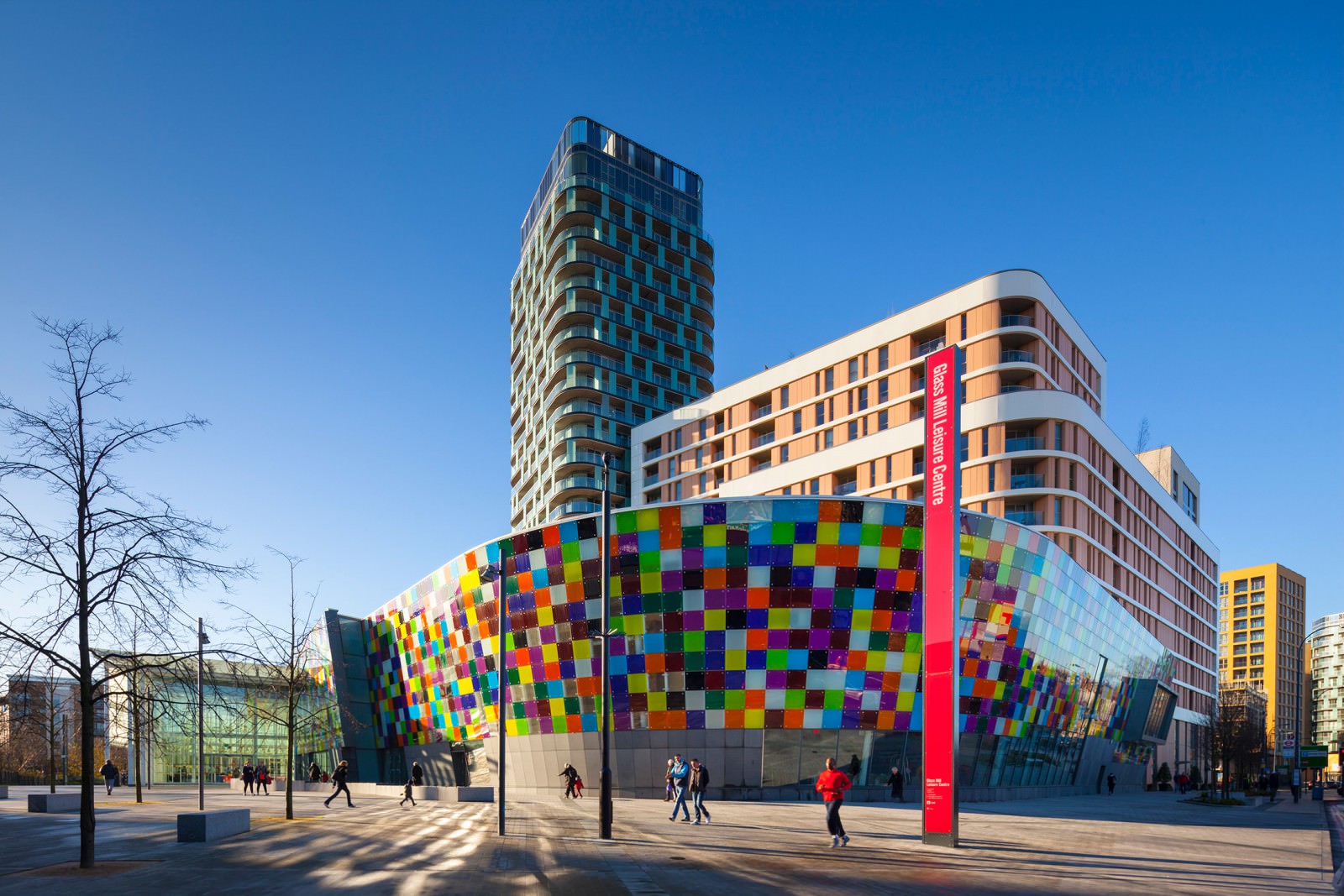 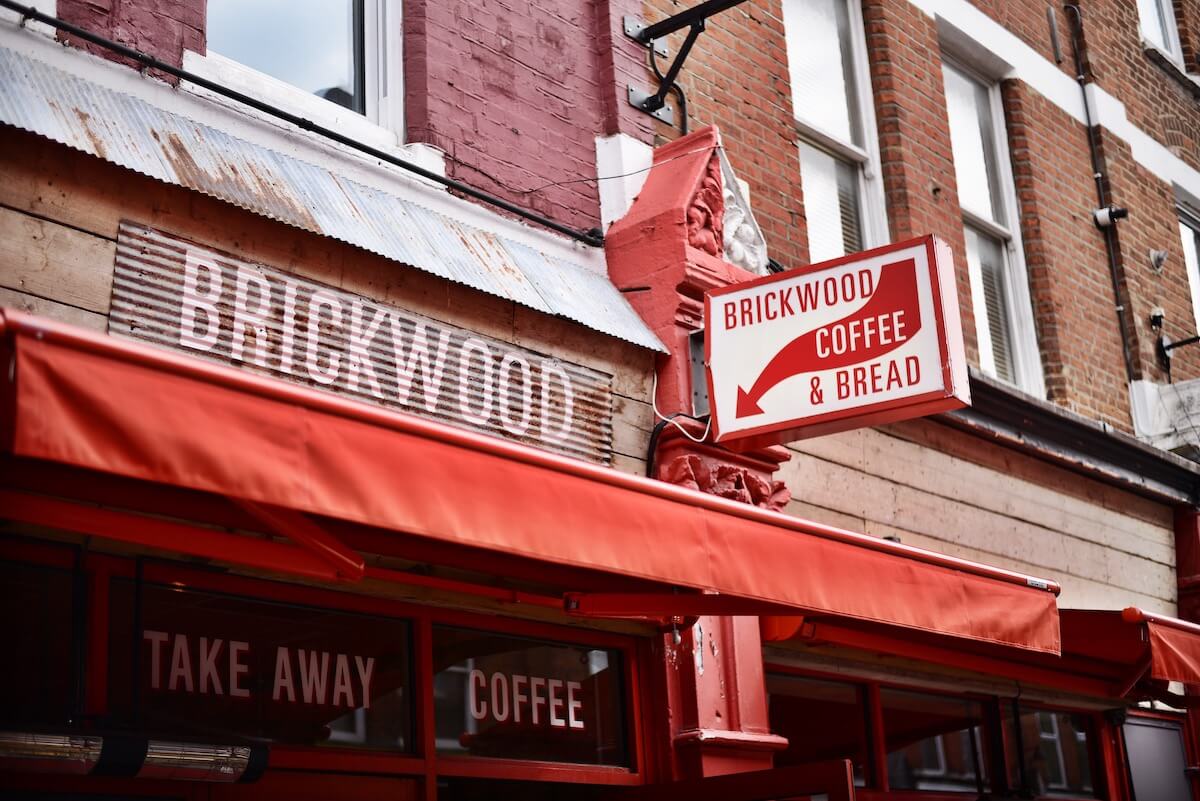