Just far enough out of the city centre to have a bit of breathing room, Lewisham fills the space with parks, independent businesses and great places to eat. In fact, its overlooked location has become a hidden strength. It’s managed to avoid the homogenisation of some other boroughs while incubating its own particular vibe.

It’s minutes from the financial hub of Canary Wharf and boasts top notch schools. So you’ll find plenty of finance workers and families putting down roots. But the great value properties have also attracted creatives and entrepreneurs who bring fresh new ideas to the area.

Properties tend to be either Victorian and Edwardian terraces, another big draw, or smart new builds. These are concentrated around Lewisham’s DLR station, with the sparkling Lewisham Gateway the newest addition.

Lewisham combines character and convenience with bags of potential to make your own.

Once a green, sleepy village, the area grew in popularity when it was joined to the city by a new railway line in the late 19th century. Once it was accessible by train it became a popular base for city professionals who wanted to enjoy the rolling meadows and clean air on the weekends. This brought a new wave of construction, but since space was still abundant buildings tended to be on the roomier side.

It stayed a quietly popular Kent town until sustaining bomb damage in World War II. The rebuilding work added new amenities and modernised housing throughout the 1950s, with Lewisham becoming a London borough in 1965.

While travel links in South East London get a bad rap, Lewisham has it better than most.

Not only is it snugly in Zone 2, but it boasts its own DLR station. Perfect if you want to get to Canary Wharf in 20 minutes or Bank in 30 minutes.

You can also get to London Bridge in just 10 minutes, Southwark in 20 minutes or Shoreditch in 30 minutes.

Basically, you get all the mobility of a central location, with half the price tag. Speaking of which...

What's it gonna cost me?

Lewisham is still flying mostly under the radar, so now is the time to get in.  A one-bed rental will only set you back about £1200 a month, but the one to watch out for is council tax.

Rates in the area have gone up consistently for the last 4 years, rising 5% in the last year alone. This is partly down to government cuts, but also reflects the changing demographics and properties in the area.

If you want full control over your spending each month, Lyvly has you covered. For anyone in one of our gorgeous properties, simplicity is built in.

All your rent, utilities and taxes are combined into one monthly payment. Best of all, that bill will stay the same throughout your tenancy. So you can focus on making the most of Lewisham along with Lyvly’s built in community of like-minded members.

What is there to do in Lewisham?

One of the key reasons people head to Lewisham is the space. So you’re spoilt for choice when it comes to pretty places to potter around on the weekends. Start with Hilly Fields which hosts fairs, scavenger hunts and a sundial made of ancient stones. There’s also Ladywell Fields with its sports grounds and pretty river walks. That’s just a start. The council lists 45 open spaces to explore. Get some proper shoes.

There’s also loads of markets for those who want somewhere to wander around on the weekend. For a classic London experience, head north to Deptford Market. You can expect yelling, oddities and a melting pot of cultures and traders. If you want something more refined, check out Brockley Market which has turned into a Borough Market for the South East. 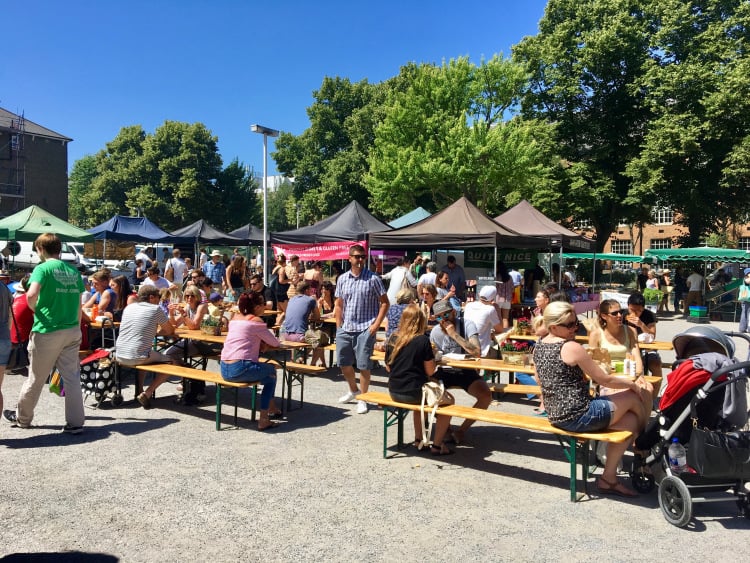 Arty types should head to Lewisham Art House, which hosts a revolving series of visual art, music and video creativity. The council also unveiled a new Creative Hub this year which promises to pump out a steady stream of pop up exhibitions in the area.

You know an area has made it when the gang behind Dinerama and Hawker House show interest. Lewisham Model Market, offers a wide range of snacks, drinks and live music to keep you and your mates entertained. And you don’t even have to trek to Shoreditch.

When it comes to eating and drinking, Lewisham keeps it independent, which is definitely a good thing.

Lewisham is one of our newest neighbourhoods, but it doesn't mean we don't have experts who can point you in the right direction. Henry is a Lyvly Lewisham pioneer, with all sorts of insights into where to go, what to do and who to ask for.

Rox Burger has picked up loads of awards over the years but kept its focus totally local, which is great for us. You get a proper homemade top notch burger, without the fussy price tag.

Keeping it a little dirty, there's also Maggie's Cafe. It's a proper traditional greasy spoon and, quite rightly, a real local institution.

And if you want a nice surprise, check out the menu at The Brookmill. From the outside it looks like your average medium-smart pub, but the kitchen knocks out great value, seasonal dishes that still go great with a pint. There's also L'Oculto, a little wine shop that serves tapas, close to St John's station. Really cosy place and short menu, which means you know it's gonna be great quality and a first class drinks menu.

Lewisham has seen some great community-driven projects popping up recently and one of the best is the Ten Thousand Hands Cafe, set up to support a local charity. It’s tucked in the middle of Ladywell Fields so once you’ve recovered from last night with their tasty brunch menu, you can head for a wander through nature and forget you’re in London. 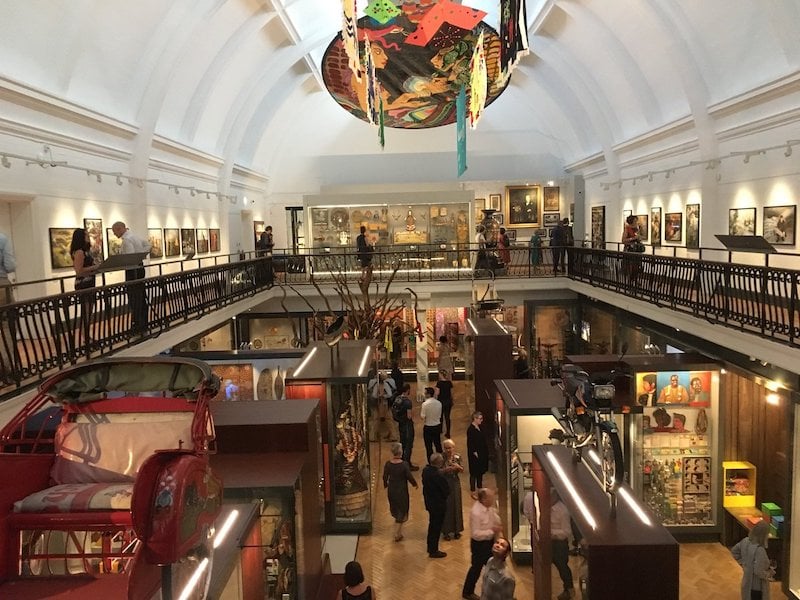 There’s also a great hidden gem of a museum, The Horniman, which includes an aquarium, a massive collection of African, Afro-Caribbean and Brazilian art and about 1,600 musical instruments which you can even pick up and play.

Where insiders let their hair down

You can often find me in the Fox and Firkin - my favourite pub in Lewisham. If you had a list for your perfect pub (great beer selection, live music, huge garden and open late at the weekend) this place ticks them all off.

Dirty South is a proper Lewisham institution, which was tragically closed for a few years after the London Riots. But now it’s back and it can pretty much cover your whole weekend.

There are two-for-one cocktails every Thursday, 90s music all night on Friday, all-day brunch on Saturday and amazing roasts on a Sunday.

It’s everything you need and the people are absolutely lovely.

Catch Lewisham While You Can

Space to breathe, loads to do and a chill pace of life, Lewisham brings a lot to the table. Now you just need a place to call your own. Lyvly has a great range of properties at rates that keep you on the right side of all the local regeneration.

Take a look at what’s available and start making the most of Lewisham’s unique opportunities.